A video of a mass brawl involving workers circulating online did not happen in Singapore, the police said.

Several Stompers shared with Stomp the video they had received via WhatsApp along with a text alleging the incident happened at a local shipyard. 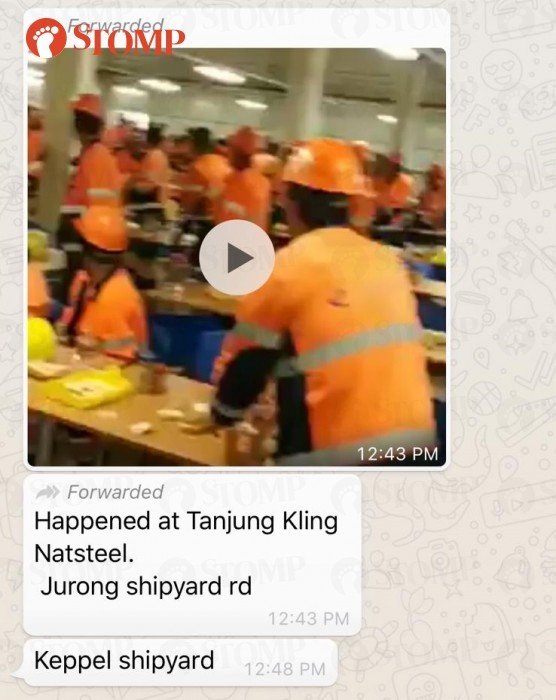 In the video, several workers wearing orange uniforms with orange or blue hard hats are seen throwing chairs and punches at one another as others watch on.

The scene appears to take place in a workers’ cafeteria.

It is unclear where or when this video was taken.

The police wrote in a statement on Tuesday (Oct 1) that members of the public are advised not to spread untruths which can cause unnecessary public alarm.

Lorry driver arrested for dangerous driving after accident with bus and car, 2 taken to hospital

Fresh look at Thailand: Where the Thais escape Bangkok to eat,...

Don’t cancel – blue skies will return Down Under