The son of Madam Puah Geok Tin – one of two Singaporean kayakers who went missing in the Endau waters at Mersing last Thursday – confirmed her death on Thursday morning (Aug 15).

In a Facebook post, Mr Louis Pang, 24,  wrote: “Dear mummy, you’ve led a wonderful and glorious life. You did what you love to do till the very end. Rest in peace, Mummy. I love you.

“Now spread your wings and be free. I promise to bring you back home safe with me.” The post showed a photo of their family together.

On Wednesday, Malaysian officials said the body of a woman wearing a life jacket was found in the waters off Terengganu.

The family of Madam Puah, 57, was asked to help with identifying the body.

A fisherman spotted the body at about 12.55pm on Wednesday in Kemaman, Terengganu, according to a notice written on a board at the search and rescue centre in Mersing where family members and media including The Straits Times were stationed.

He then informed the Malaysian Maritime Enforcement Agency (MMEA) in Kemaman. Local authorities there retrieved the body and informed the Singapore consulate.

At the centre in Mersing, Madam Puah’s family members were seen entering a room where local authorities and consulate personnel spoke to them.

Just a few hours before, family members of the two missing Singaporeans had verified the personal belongings of their loved ones. 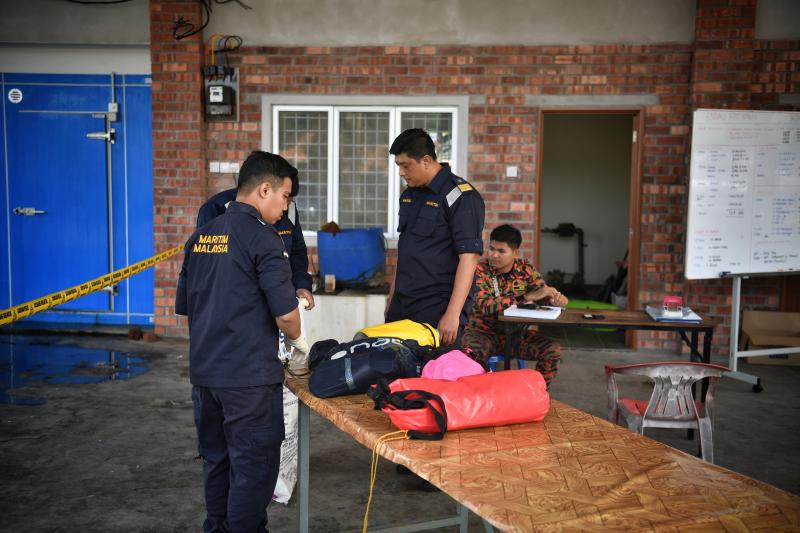 Another fisherman had discovered the green kayak belonging to Madam Puah and the other missing Singaporean, Mr Tan Eng Soon, 62, a day earlier, about 80 nautical miles away from where the duo had been separated from their group.

Their belongings were found intact in the waterproof bags packed inside the kayak, but there was no sign of the pair.

At about 11am on Wednesday, Mr Pang and Mr Tan’s wife Madam Kwan Yoke Yee entered a room at the Penyabong Jetty in Mersing to verify personal items such as wallets and hygiene items which had been transported there.

Madam Kwan, 58, was emotional upon exiting the room. Mr Pang, 24, who offered to speak on behalf of the two families, asked that reporters not take photos of the belongings.

The air search area would be expanded from 900 square nautical miles to 1,200 nautical miles, said MMEA officials at the Mersing Search and Rescue Centre located in the Penyabong Jetty.

The MMEA also said the families requested the authorities to search nearby islands, and that boats would be sent there.

Relatives and friends of the missing kayakers had gathered at the jetty canteen since daybreak to wait for news of their loved ones.

Hopes were raised after more than four days of waiting when the fisherman who found the kayak contacted Mr Tan’s family using his phone that was found among the belongings retrieved from the kayak. 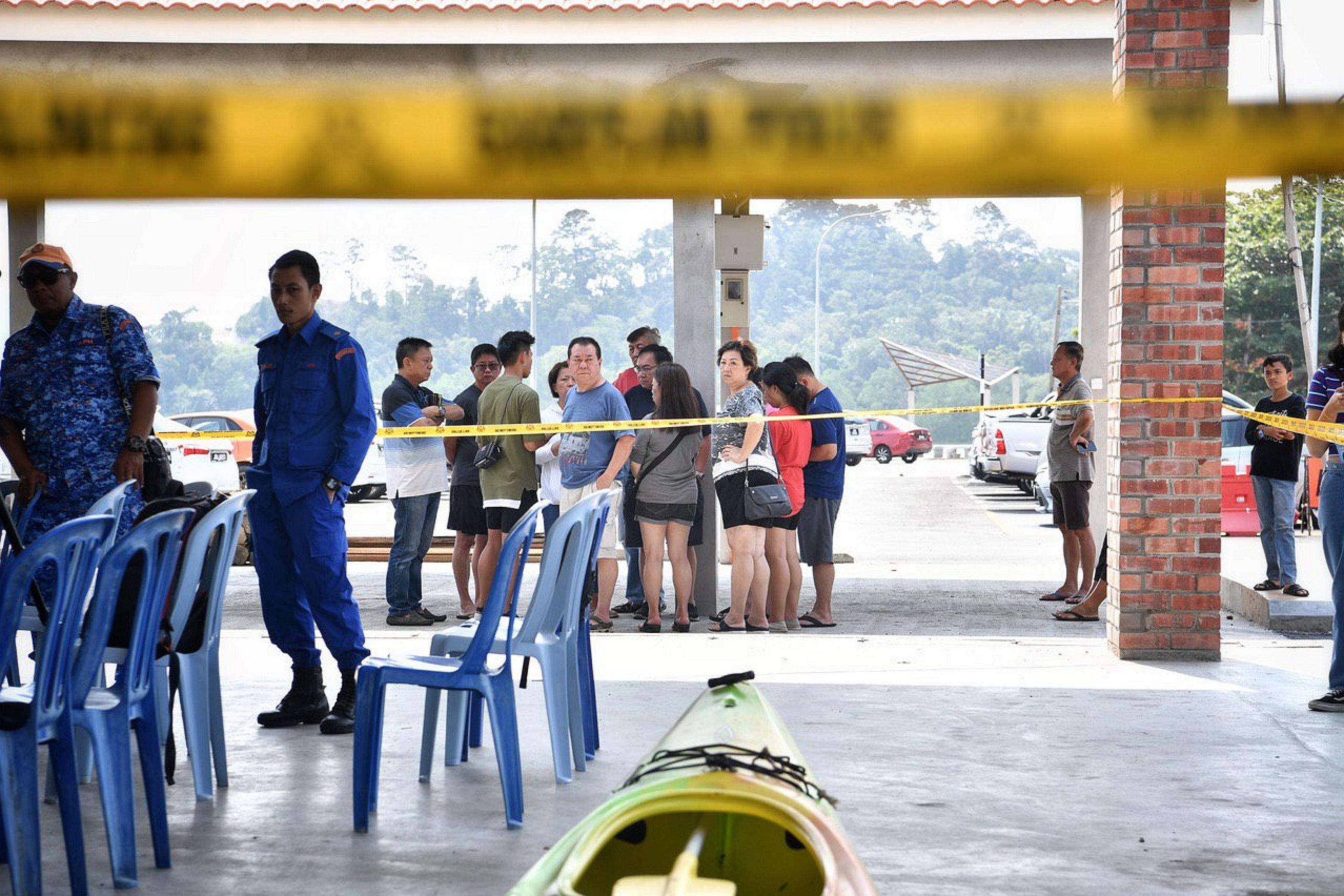 Mr Peng told ST on Tuesday that the families had rushed to the local authorities at the search and rescue centre located in the jetty the moment the fisherman contacted them.

“We passed the phone to (the local authorities) so that they could speak to them in Malay,” said Mr Peng, 56.

Mr Peng told ST that there was a chance that the duo could be in the vicinity.

Mr Pang, on the other hand, felt conflicted over the news, saying there was hope but it was not “really a good sign” that the kayak was found without the paddlers.

On Tuesday, he posted a picture of the sunset taken from the Penyabong Jetty on Instagram, writing: “115 hours… Watching the sunset never felt this agonising.”

“Dear Mummy, please come back to us.” 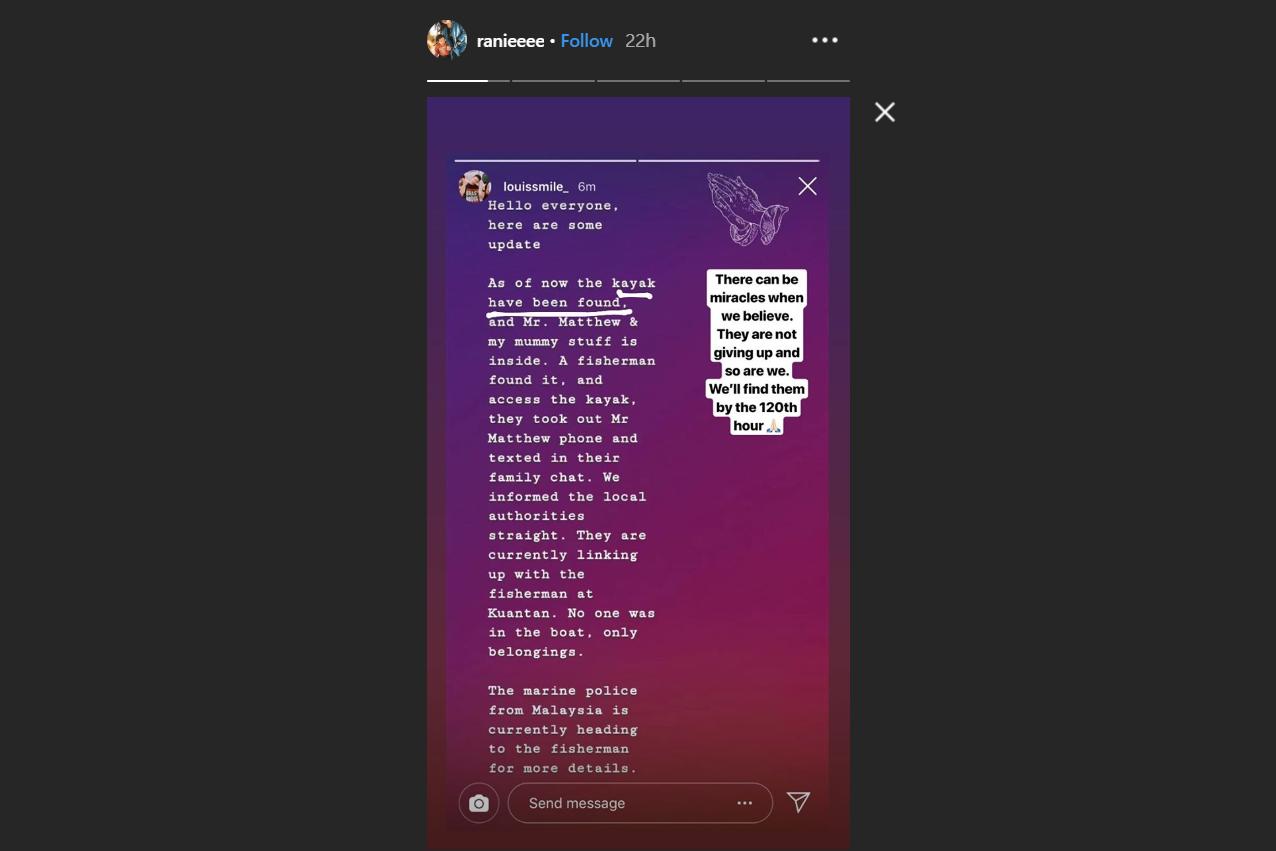 The battle for gender equality has to come home to roost

How Big Tech could influence the US election