National water agency PUB has responded to feedback from a member of the public who spotted foamy discharge in Bedok Canal on Wednesday (July 8).

A Stomper was concerned by the sight of the canal, situated from Tampines Avenue 10 to Bedok Reservoir Road, when he walked past it at around 12.30pm.

He sent photos to Stomp and said: “There was foam appearing along the waters. It was gushing and bubbling.” 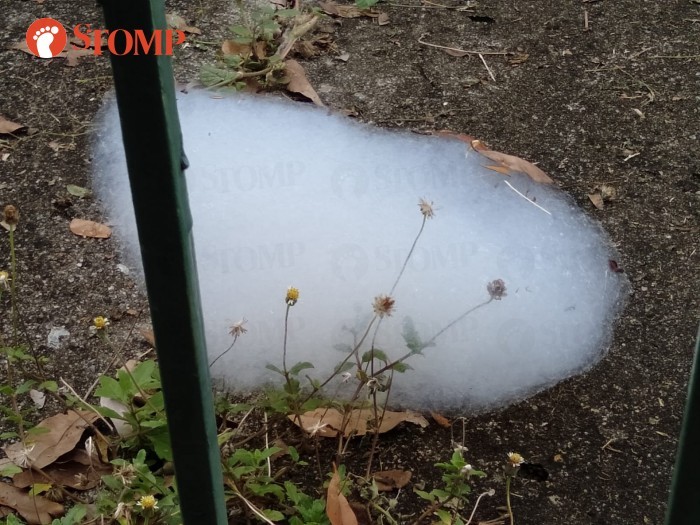 In response to a Stomp query, a PUB spokesman said its officers went down to investigate immediately after receiving feedback about the foamy discharge.

However, the officers did not observe any traces of the foam discharge at site.

“The discharge could have dissipated as it was drizzling,” said the spokesman.

“PUB will continue to monitor water quality over the next few days.

“Investigation is still in progress.

“The drain leads directly to the sea and does not impact our reservoir operations.

“PUB takes a serious view towards the pollution of Singapore’s waterways, and will not hesitate to take action against illegal discharge into public drains and canals.”

Members of the public are encouraged to contact PUB at 1800-2255-782 to report any suspected pollution in Singapore’s waterways.

View more photos in the gallery.