Three people were injured after a fire broke out in a residential unit at Block 293D Bukit Batok Street 21 after midnight on Thursday (July 18).

In a statement on Facebook, the Singapore Civil Defence Force (SCDF) said it responded to the fire on the 26th floor at about 12.40am.

The fire involved the contents of the living room and was extinguished using two water jets.

A Stomper alerted Stomp to the incident and shared photos showing charred furniture in the blackened room. 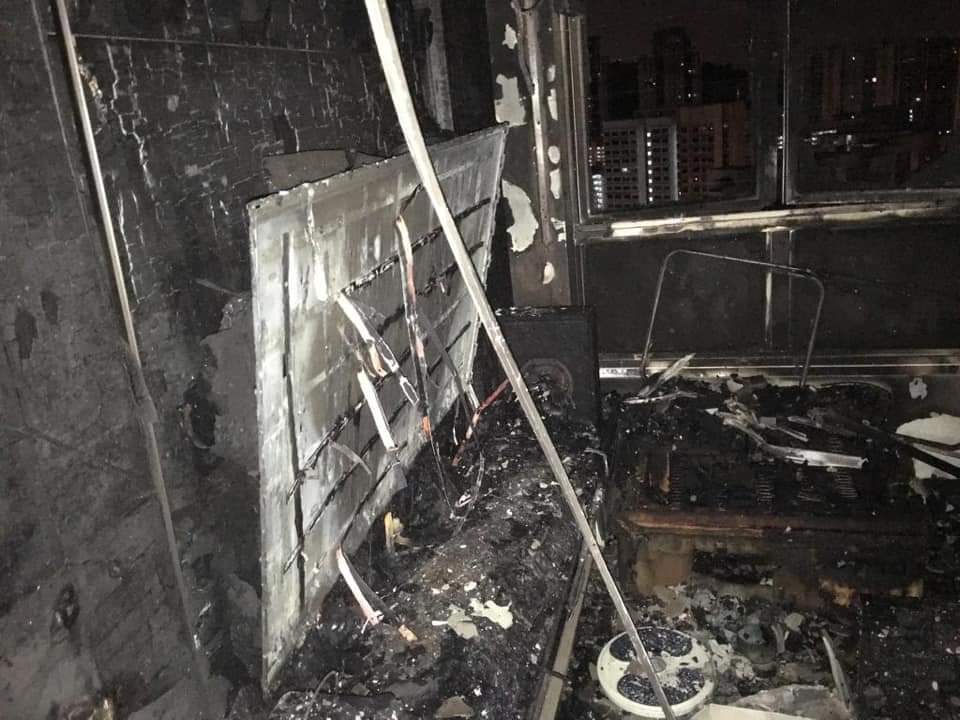 A man and a woman were rescued from the burning unit, according to the SCDF.

A third person, an elderly man, was injured during evacuation and conveyed to Ng Teng Fong General Hospital.

About 70 people from the affected block were evacuated by the SCDF and the police.

The SCDF is investigating the cause of the fire.

150 evacuated after fire breaks out in Jalan Batu bedroom

Singapore to be a reliable node in global supply chain and...

Singapore GE2020: The atmosphere is missing, but the message is clearer...